Nice one mate, sounds like you were having fun which is the main thing - a bit more seat time and look out !!!
When you're faced with an unpleasant task that you really don't want to do, sometimes you just have to dig deep down inside and somehow find the patience to wait for someone else to do it for you.

I took my go pro with every intention of setting it up to film each run. However, it didn’t happen and I actually found the weekend quite rushed mostly due to me having no idea what I was doing, making small changes on the car, talking to the other guys in the class and the surprising amount of people that came up and wanted to talk about the car and class.

Anyway next time I’ll be more organised so some dodgey phone footage from my crew will have to do for now.

Hambsters normally hold revs before the Christmas tree counts down, then bog as they are released. That thing sounds like it was on-song the whole way.

That may have been Brian’s car next to me running a 170ci flacon motor. He launches it and shifts at 7k

I was launching at 4K and shifting between 5.5 and 6 and it was still pulling hard but didn’t want to push the friendship too hard given my engine isn’t anything special.

If I can sort the issues it’s having under 4K out and stop missing the 2nd to third gear shift I have no doubt this thing will haul ass.

I do have a short shifter for this box here so will probably chuck that in before I head out again.

In the meantime I’ll keep chipping away at the fuelling too as I think that’s where my tune up problems are.

He does know it's not a rotary, doesn't he?

Try that in the grey and you'll end up with a new, irregularly shaped welsh plug hole.

His first time at willowbank doing licensing he exploded the clutch and bell housing on his first pass. He is not scared at all to give the thing a hiding. He’s a great guy like all the guys in the class. All very encouraging and happy to share knowledge

Was he running a scattershield, or just carried a spare pair of pants? There ain't much in a Hambster between driver and driveline.

Saw a big Mopar do the same at Eastern Creek. Thought it was Jennie Petrie's son, but I could be wrong. Threw chunks upwards, and punched out through the plenum/scuttle panel. Went and took a look at the outcome in the pits with Number 1 Son. Sobering, and made him realise just how much force an engine makes.

No scatter shield and was lucky to get away with it. Not what you want to do on your first licencing pass with the IHRA closely watching..

He’s got the thing sorted now though he was fastest qualifier and ran a PB in the car. From memory he ran a 13.3 this weekend.

The boys at overtaking lane did some coverage of the event and have been following my build from the start. Great guys that put a lot of their own time and money into their YouTube channel to cover all aspects of the local car scene. Get onto their channel and give them a follow

Happy new year all! Looking back on last year and what I have achieved with this car has been something I couldn’t have done without the support of my family and all the encouragement I have received from the other guys running in the class and of course Harv for the long term lend of his tuning tools and tuning guide.

I have ended up building a car I never imagined would turn out as nice as it has and all that’s left to do now is continue to learn and get it running to the potential it has shown so far.

After the nostalgias in October the plan was to try and get a few more test and tunes in to chip away on the tune. Unfortunately, the weather between the nostalgias and track closing down for the Xmas period was not kind with most events that worked with my schedule rained out and canceled.

An extended off season thanks to the weather has given me time to get a bit of a head start on some improvements I had planned.

First change planned was to do something with my shifter. My last three runs at the nostalgias my t-bar handle that Lindsay donated to me stripped the threads and kept coming loose. A combination of this and driver skill meant all three runs I missed the second to third shift which cost me a good chunk of time trying to find 3rd gear each run. To try and eliminate the missed shifts I installed a cube speed short shifter. Bit of a pain to install as it didn’t fit in the floor hole but with a few modifications to be able to hole saw an existing hole I got it in and working eventually without making too much of a mess on the floor. No one but myself to blame if I miss the shifts now…. Yikes 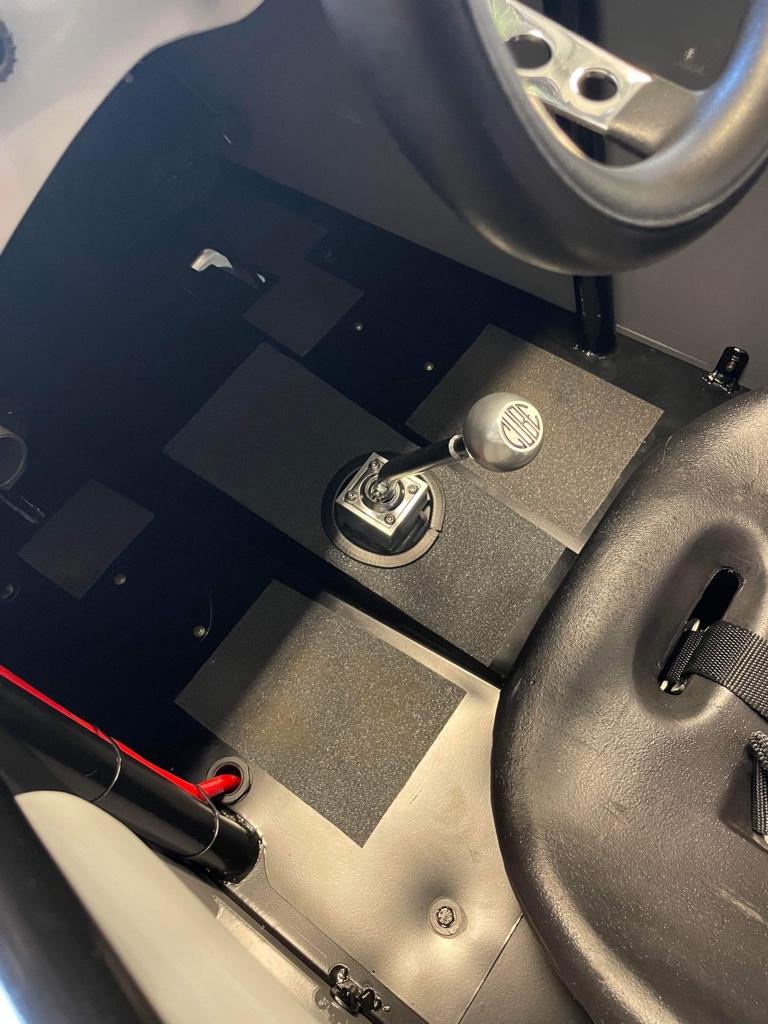 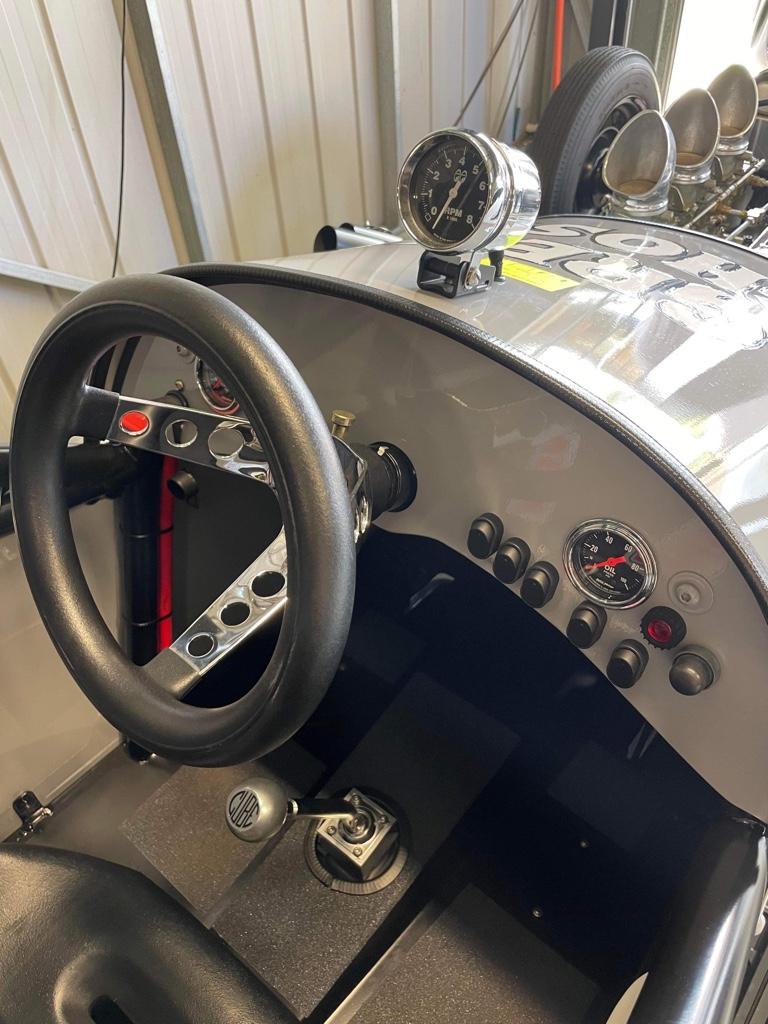 Speaking to Steve, Jeff who are probably the two most competitive guys in the class about tuning they showed me how they use a wideband and AFR gauge to help tune it their cars by taking a lot of the guess work out of it.

Being slightly OCD I wanted it to match my existing gauges and still look “period” (nothing digital). So after some discussion with autometer I had them build me an afr guage that would match my existing gauges. It turned out spot on and they turned it around surprisingly quick considering the shortages and shipping issues everyone is going through at present. It was also no more expensive than some of their off the shelf AFR’s.

Once the gauge and wideband turned up I figured out where it all needed to sit. I nearly made a massive stuff up using a stepped drill bit to drill the hole for the bungs but luckily I noticed what I was doing before punching the step drill out through the the other side of the exhaust

. Bullet dodged I had one of the welders from work TIG the bungs into the exhaust for for me to keep it all looking neat. Cheers Matty! After that it was back off to the ceramic coaters to squeeze in before Xmas. 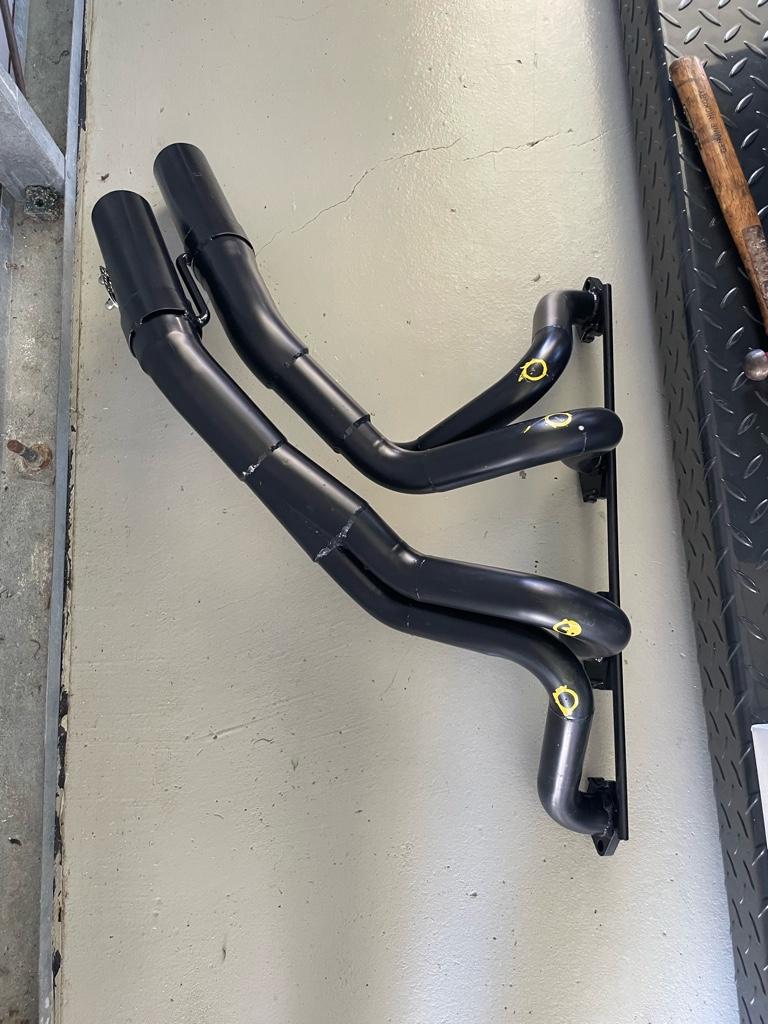 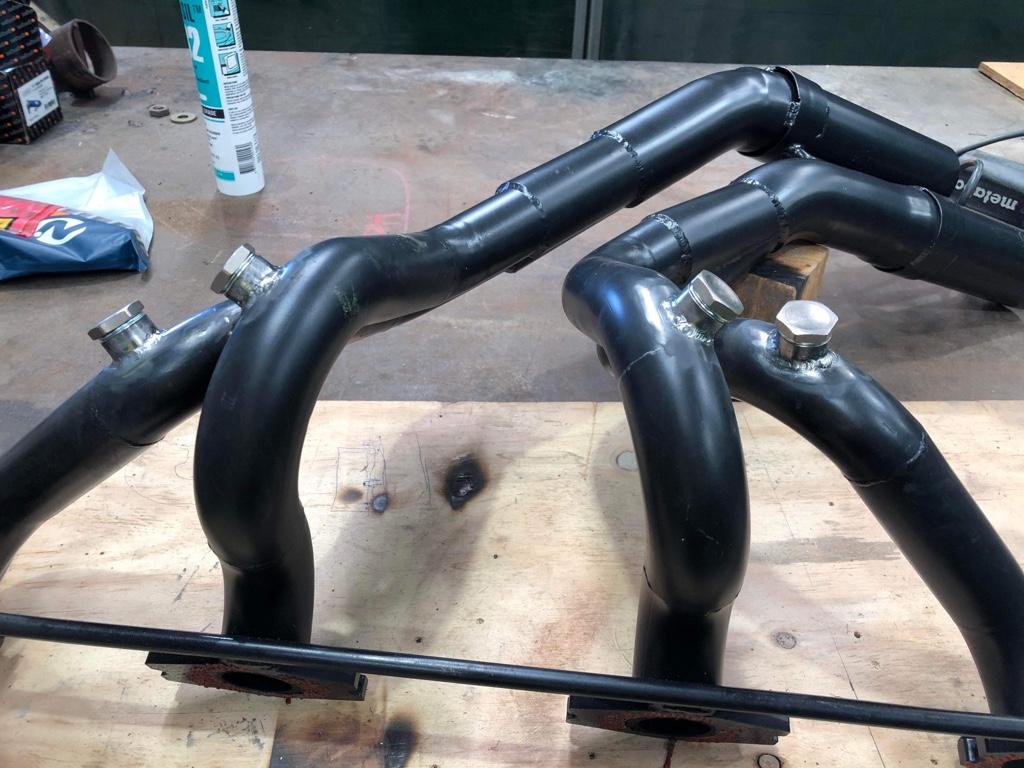 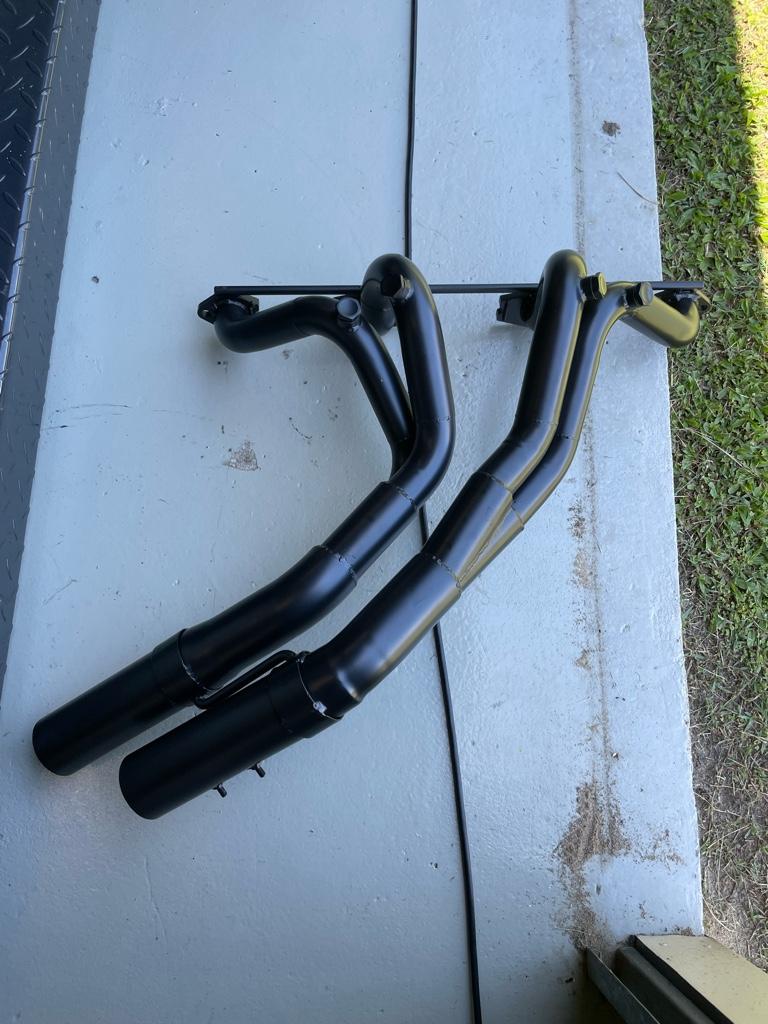 Joint effort with the “team principal” over the break managed to fit up and wire the AFR gauge in without burning anything to the ground or letting any of the smoke out. Although it doesn’t look it, it is getting pretty crowded behind the dash now and surprisingly a fair bit of wiring going on for what is a simple car with limited electronics. This dictated where I could actually fit the gauge with the available realestate amongst chassis hoops, steering mounts and bracing, existing gauges and switches etc but it worked out pretty good with perfect view through the steering wheel. Not that I need something else to be looking at while making runs. For something as slow as it is there is surprisingly a lot going on in the cockpit during each run. Burnout, staging properly, cutting a good light, nailing gear changes, not breaking out, trying to cross the line first, keeping an eye/ear on everything so nothing gets hurt or breaks… I find it harder than it looks from the stands that’s for sure.

Anyway, a lot has changed since I first wired the car up and drew up the initial wiring diagram. I really need to update the drawing for future reference. The wife bought us a label maker for Xmas so while I am at it I’ll get some labels going and clear heat shrink them onto everything.

As for the AFR I’m really happy with the autometer gauge. It’s good being able to take some guess work out of it while I get my head around what’s going on in conjunction of course with Harv’s tuning guide. 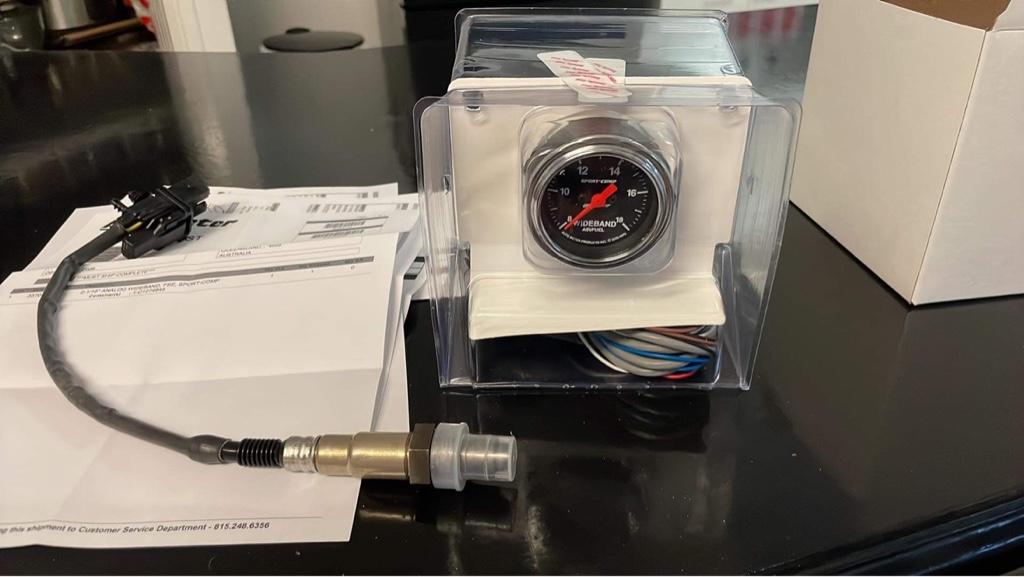 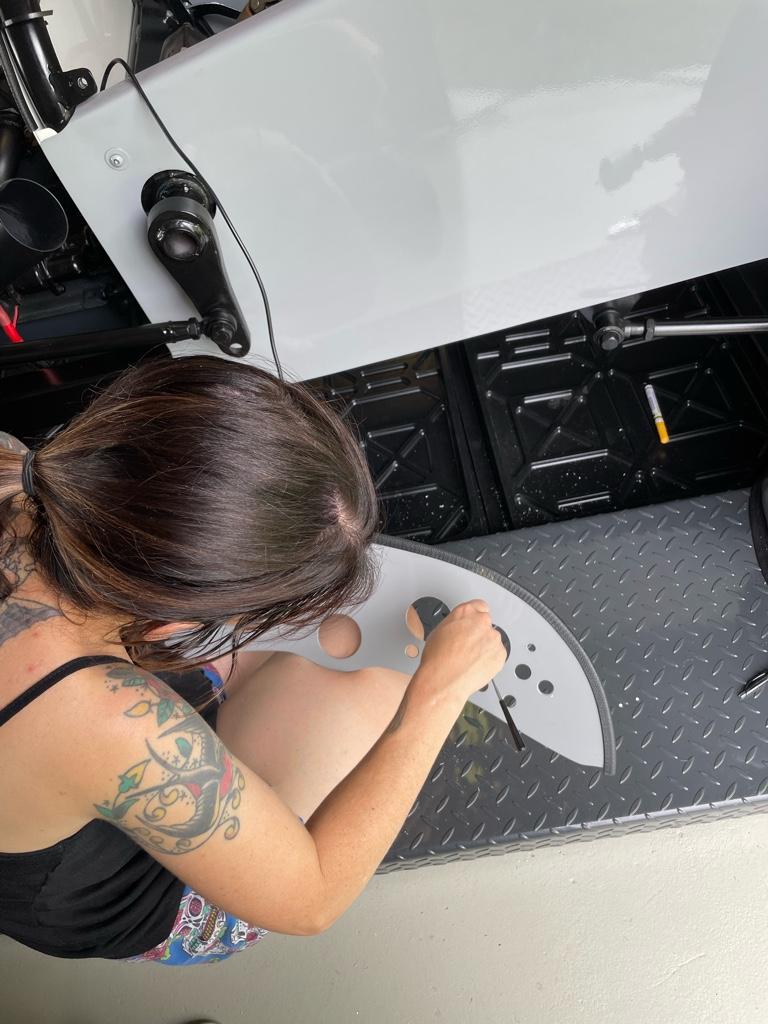 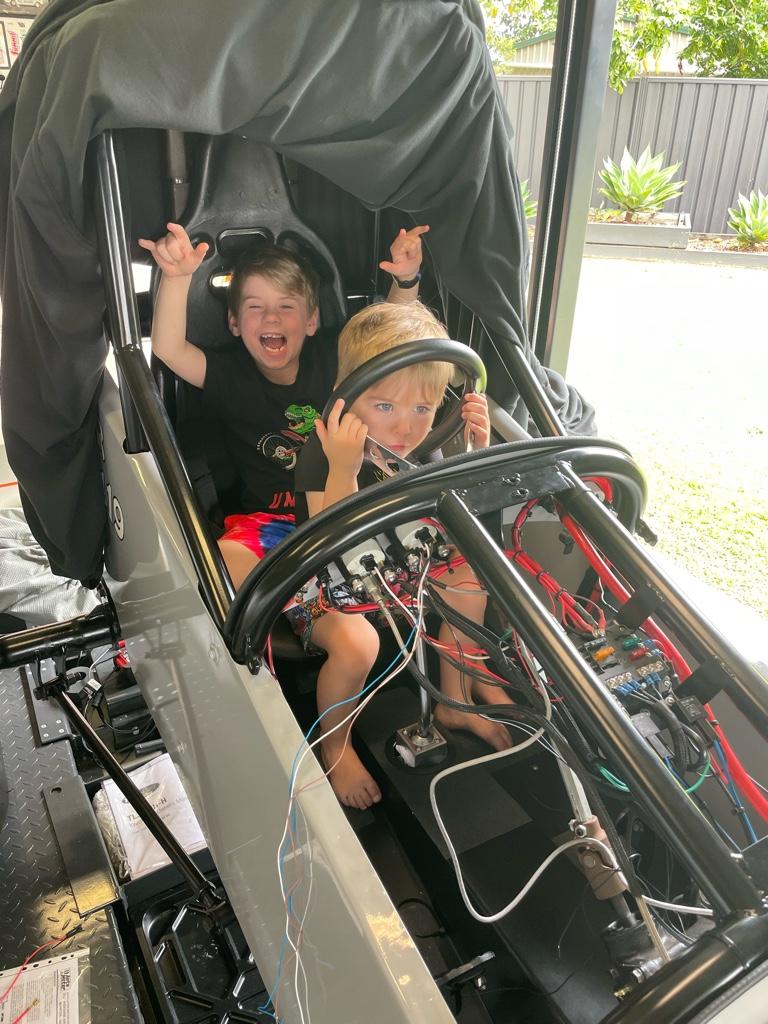 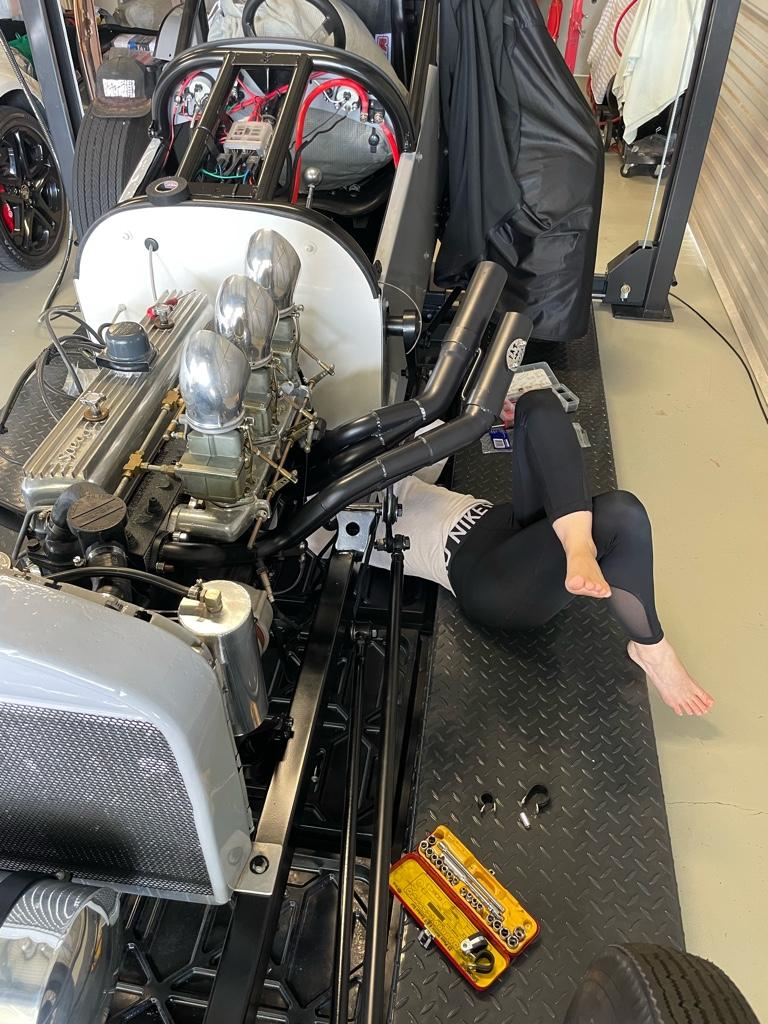 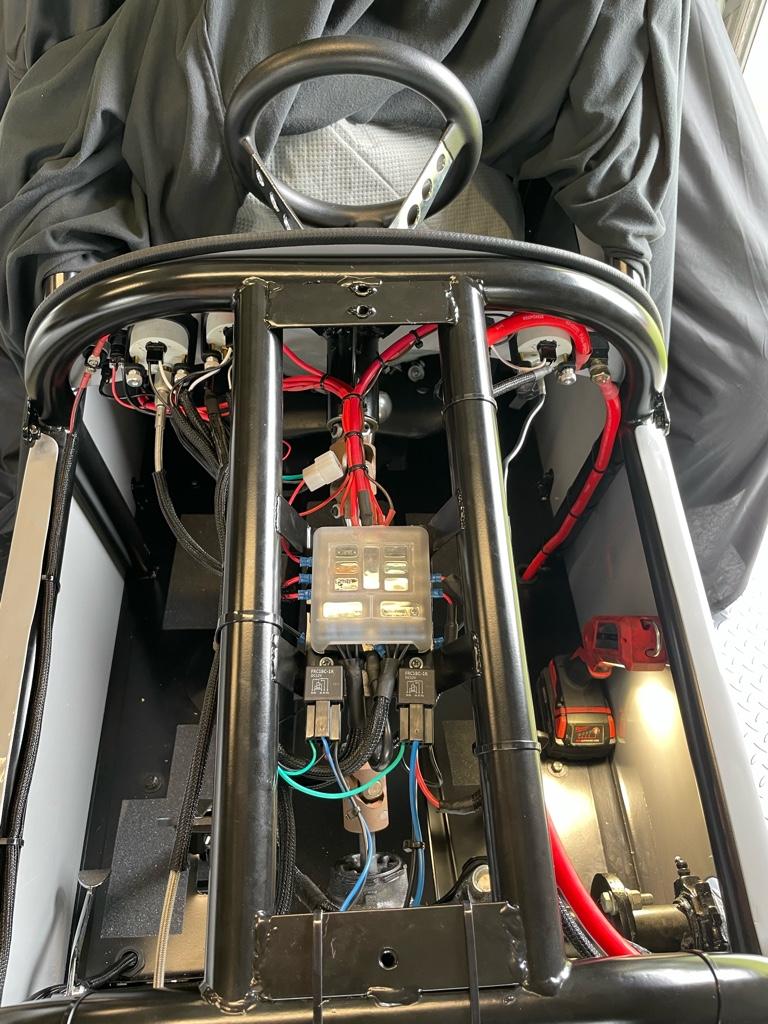 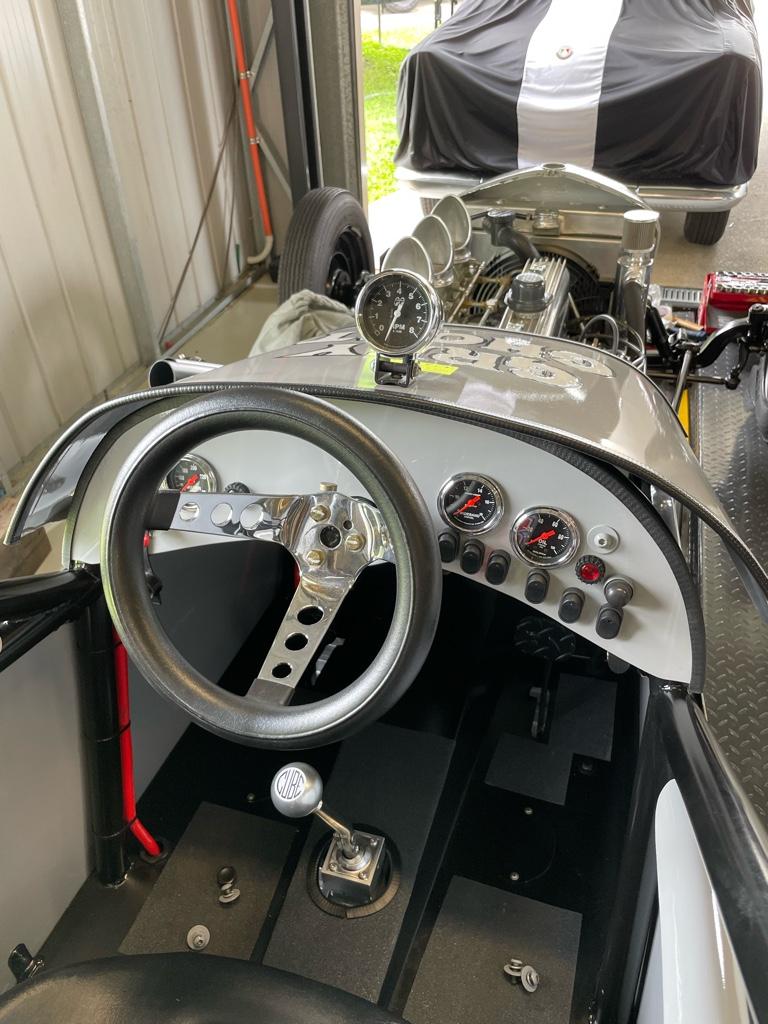 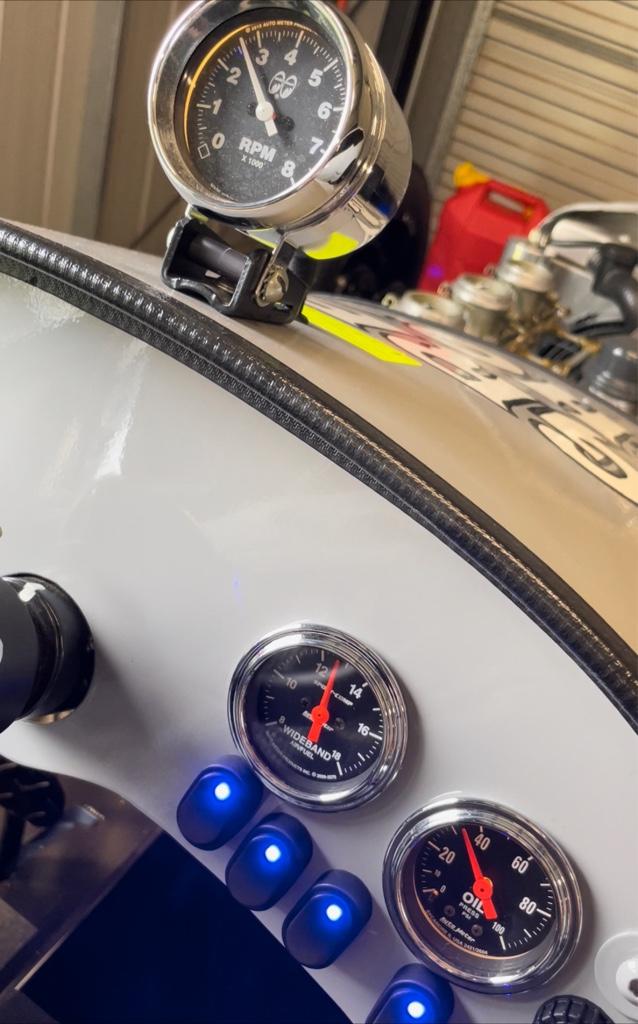 While I was at it I added in an extra toggle switch and ran the earth to it. This is for potentially going to an electric fuel pump down the track. I’ll also be installing a busbar to feed the positives when I get to this stage as I will be maxing out the fuse panel and relay mounting realestate I have available.

The plan is now to nut out the stromberg tune and later in the year convert to triple su’s which I got in a deal with some speco headers I bought a while back.

I had no intention of running the SU’s or even if what I had was worth spending any time and money on as they are the older HD6 carbs but someone had gone to a fair bit of time and effort modifying them to work on lynx grey manifold.

Again, talking to the guys with runs on the board they convinced me that SU’s would be worth investigating so a quick going over by the local carb gurus making sure they were workable had me dropping some coin on getting them cleaned up and some sort of linkage working as all this was missing. Cleaned up and re kitted they at least look the part and as long as I don’t run any ethanol/alcohol based fuel through them (which I won’t be) they should be up to the task.

When I convert it will be a bit more detailed than swapping a manifold out. Elec fuel pump, pressure reg, proper an lines and fittings to keep the tech inspectors happy, fuel log, changing the throttle cable setup, plumbing the vents back to the tank etc nothing is straight forward. Change one thing and it affects 10 others which all starts adding up $$$…. So the plan for now is to dial the strommies and then start again with the SUs later in the year when the budget permits. Strommies will then end up on a warm street grey which will either end up in the wagon or ek down the track. 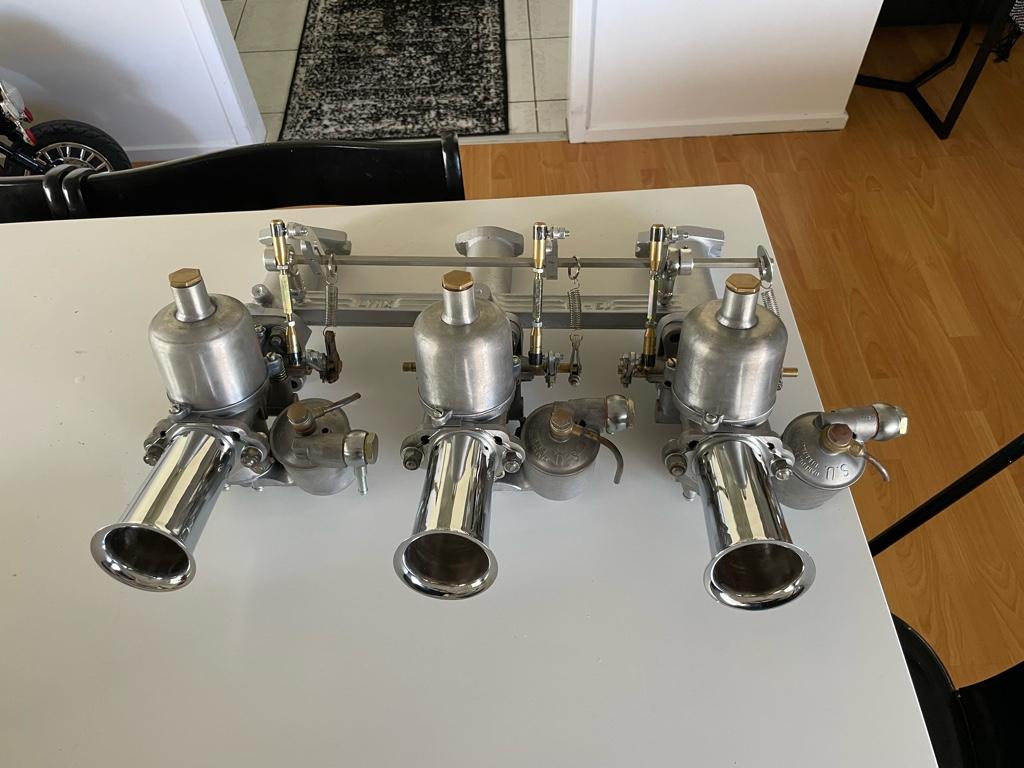