Got something else that you want to show off that's not an FB or EK? Try this section.

Sent from my SM-G781B using Tapatalk

Got measured up so that the chassis will fit. Getting exciting.

The overall length ends up almost exactly the same length as an FB sedan. Artist's impression below for scale.


Rear wheelstud pattern will be HQ/Chev, probably 15". Not sure what width or offset yet, but thinking something like this (polished rim, centres matt gold like a Halibrand):


If anyone has some wheels similar they would like to sell, please give me a yell. Happy to buy a pair, or four.

The shifter needs a reverse lock-out to meet IHRA rules. Some shifters do this with a mechanism that needs two hands. I need a shifter that does this with a one-hand operation. This lets me use my other hand to hold the brake on (no brake pedal... hand operated brakes). The Precision unit is a one-hand product.

I need some schooling please on starters and flexplates. I have moved down to the front of the class, and I promise to pay attention and won't dunk Sarah's pigtails in the inkwell again.

The flexplate is 137 tooth.
It will mate up to a Powerglide.
The motor is a grey.

Which starter is required?

The obvious choice would be an EH 149 Bosch starter motor (of which I have one). But your motor will have a few pounds per square inch of compression. It may be worth trying the general-issue 179-186-202 starter (of which I have many) for higher torque. You just need to make sure the larger diameter starter motor doesn't foul on the crankcase ribs. Or get out with Mister Grind to relieve the ribs.

A sample-pack of starter motors can be supplied upon request.

I note the grey ring gear outer tooth diameter appears to be a poofteenth smaller than red, and only 108 teeth, yet people seem to successfully run red starters unmodified, with grey ring gears. The teeth appear very similar at unit scale. I’ve never heard of anyone using a grey starter with a red ring gear.

I’m a fan of the aftermarket Bosch gear reduction starters, which are much more compact than even the grey starter. Some say they don’t like the sound of them but I don’t mind it.

Sometimes karma works in my favour. Quite a few years back I helped out one of the humpy crowd (Squirrel?). He had a red motor starter fitted to his sedan, and a (rather famous) early Holden workshop told him that the starter would not work with the grey. It worried him enough that he wanted to change it... even though the car was working fine (that red starter was in the car when he drove to my place). I swapped him a grey starter for his red one. Eased his mind, and didn't bother me at all. Surprisingly, after more than a decade I can still find the starter and only had to look in two places. Its the high-grunt EH starter. Perfect for what I need. 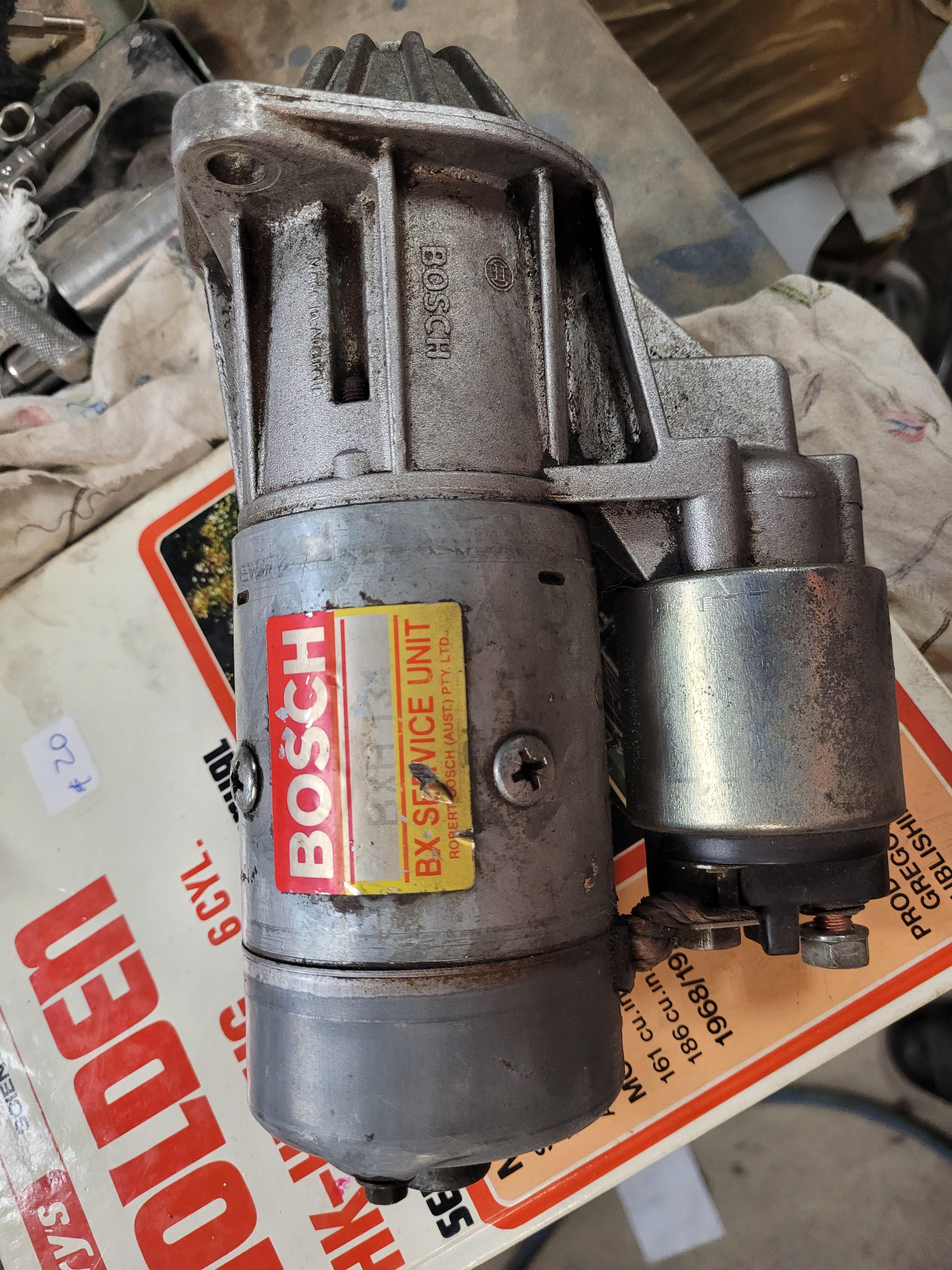 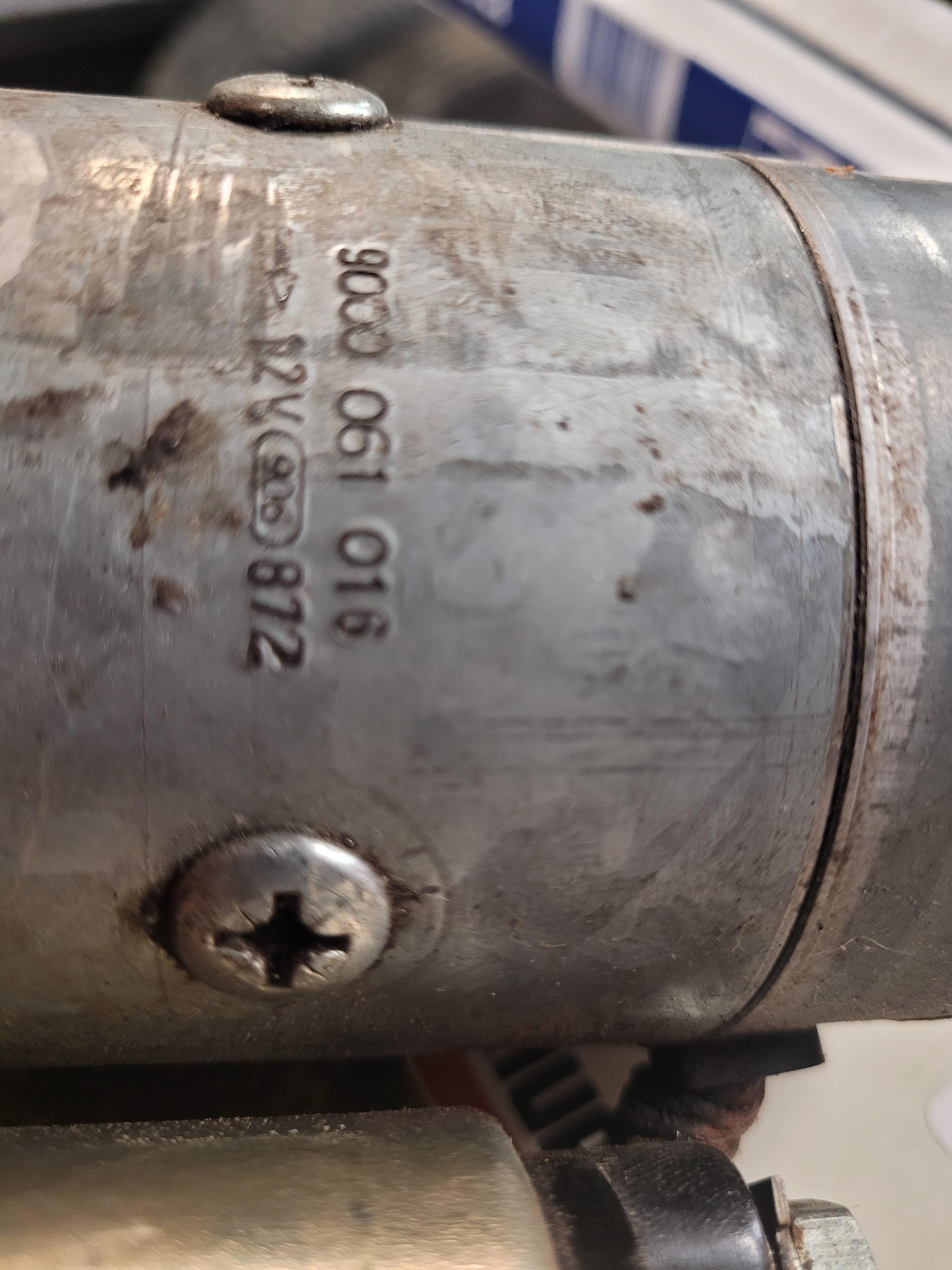 Sent from my SM-G781B using Tapatalk

The diff housing goes from Craft Diffs over to the chassis builder this week, so I better get a little more serious with the wheels.

From the photo above, the wheels that interested me were American Racing Torque Thrust D’s. Can get them in chrome, black or grey (sadly no gold), so went with grey. Looks close enough to old magnesium wheels. Aiming for HQ/Chev stud pattern (easy enough to find lots of sizes in that pattern) and 15” diameter (to clear some Commodore disks on the diff). The disks aren’t overly traditional, but I’ll make a concession for safety (the idea of ending up in the sandpit at the end of the quarter mile does not appeal). Went a little overboard with width – could have run 8”, but decided on 10”. It will not be short of tyre, but figure if I (or a future owner) upgrade the engine then the diff/tyres will be ready for it. Was surprised that Purnell Tyres in Queensland was a lot cheaper than most of the major suppliers (and so far pretty good to deal with too). With the wheels sorted I can then get the diff shortened to the correct length once the initial fit-and-fiddle in the chassis is done.

Wheels are no good without tyres, so aiming for some 28/10.5-15 ET Drag slicks from Mickey Thompson. Rocket ended up being the cheapest for these. They are a moderate compound, as with all that width I don’t need anything overly sticky. The guidance from MT is that with the low FED weight I can aim for around 7psi tyre pressure. These tyres can run tubeless, though have a very thin sidewall and will leak down… maybe lose 5psi over a week. No big deal for me, and simpler running without the tubes. They reckon if the inside of the tyre is coated with dishwashing liquid before mounting then the leak rate is a lot lower. Drag tyres run the risk of spinning the tyre on the rim. Not much likelihood with the low power I’ll make, but if tubes are run then there is a risk of tearing off the valve stem. The solution to that is to run tyre screws… pretty much 8 or so tek-screws put through the rim into the tyre bead (ok… maybe not quite tek-screws…. Moroso do a fancy version as a self-tapper). Sounds archaic but is pretty common drag practice. I’m figuring I could do without that hassle too. So plan is to run no tubes, and see if the tyre deflation over time is acceptable. Mark the rim and tyre with a paint line and see if the tyre slips much on the rim over time. If it slips, I’ll fit screws, and while I am at it fit tubes. Drag tyres are supposed to be balanced, with MT recommending either bubble balance or static balance (no road force balancing). No idea why road force balancing is not allowed, but shouldn’t be too hard to static balance.

The last piece of the puzzle is valve stems. Not allowed to run rubber valve stems, so a steel valve stem is used. Instead of just pushing in like the rubber ones, the steel ones have a nut (and rubber washer) and effectively bolt on through the hole in the rim.

Modified is a cool way to race… I can compete against the blown V8 FEDs, as long as I am consistent.

They’d give me a half-track head start though

Return to “Other cars of interest”