Got something else that you want to show off that's not an FB or EK? Try this section.

My meth monster project is gaining momentum (famous last words), and I'm starting to dream about what the next project will be. Might take a while, so time to start hunting down parts.

I've got my heart set on a FED. It's not the smartest idea I've ever have... I don't have the garage space, the driveway is full of kids cars and I will only be able to race it perhaps once a month at the Eastern Creek test-and-tune sessions (had hoped to run it at the weekly street meet, but the rules don't allow full race vehicles). Then again.... surely I'm not the only one itching to do this?


... rather than the long wheelbase modern dragsters. I know that wheelbase is my friend, and that the shorter it is the more squirrely the ride. If all-out performance was the target though I wouldn't be building a project like this.

My mental picture has this thing on a simple skeleton tilting trailer, towed behind the EK to the drags. Something like this:


I'm figuring injected, blown, Repco'd grey powered. Not sure what transmission would suit the era (open to suggestions) but likely an auto. Rear end is most likely going to end up Toyota. Front wheels spoked like a bicycle. Not sure on rears (again, open to suggestion) but will likely have to decide early on so that the axles are sourced to suit the stud pattern.

Had thought that I'd hunt down an old chassis, but the more people I spoke to (including some of the relevant tech inspectors) the less likely I was to succeed. Looks like I am going to need a chassis built, aiming to meet both IHRA and ANDRA spec (they are pretty similar, so should not be a problem). After much ringing around, have found the right builder, and am lucky that he is local (Blacktown). Have got an agreement in principle with him to go ahead, but will finalise that face to face once I'm home again.

This should be interesting.

When you're faced with an unpleasant task that you really don't want to do, sometimes you just have to dig deep down inside and somehow find the patience to wait for someone else to do it for you.

Yessir!
Surely a powerglide Harv from a HD through HT six. Apparently very strong and not too many gears. Bellhousing bolts up. Some fun with mounts and converter no doubt. I don’t know how you’d go with a hydramatic parts wise but they did use them in Sherman tanks in WW2, as well as Rolls Royce I think.

.
Sucker for a rusty bomb
Top

The GM Roto Hydramatic (our beloved EK slushbox) came out in two models. The Model 10 ("dual coupling" in US parlance), and the Model 5 ("Jetaway". Holden used the Model 5, which is not as sturdy as the Model 10. The Model 10 was used in tanks, and also in a lot of drag vehicles in the 50's. The cooler-than-penguin-pee addition to a Model 10 hydro was the B&M Hydrostick, which effectively manualised the box. You could fit a Hydrostick to the Model 5, but it was a much tougher gig.

This may be opportune.

Now I need some schooling... how hard is it to retrofit a Powerglide onto a grey?

I’d imagine it’s a matter of adapting the flex plate to the crank which would only be redrilling an possibly shimming i I think they run the same flex plate as trimatic, for which I think it’s Roger Hancock that does the kit. Then it’s just the mounts and once again the trimatic kit would be similar. I’m not saying you need the kit but if it’s in kit form it can’t be too hard.

A mate bought an EJ with Aussie 4 speed fitted to the grey. It had grey front mount, EH style rear mount and a torque bar on the driver side. Pretty agricultural.

Well.... I just happen to have a powerglide flexplate and a grey flywheel within a few inches of each other. Tomorrow if it's helpful I could bring them together for a photo op.

Brett027 wrote: ↑Tue Mar 22, 2022 9:00 pm Well.... I just happen to have a powerglide flexplate and a grey flywheel within a few inches of each other. Tomorrow if it's helpful I could bring them together for a photo op.

Your photography sir would be very much appreciated.

Subscribed and looking forward to this.

Biggest problem with trying to build old stuff to modern tech is the roll cage. Modern roll cage requirements that ihra and andra call for aren’t conductive to the style the early rails/dragsters were built to. It’s a big battle the guys had when they kicked the hambster class off down here all those years ago but I’m sure you’ll nut it out and get something that “looks correct” and passes tech/is safe.

The grey motor page that Paul Kukiel runs has quiet a few articles on early dragsters that go into good detail. Worth a visit and I would often go and have a read for some early grey motor drag inspiration.

As for the power glide, Mark Reik who ran the turbo grey powered humpy Ute runs one in his car. I’m pretty sure he made some sort of adaptor plate. I can flick you his details if you want to pick his brain on how he did it. He’s a very approachable guy.

I’m excited about this one Harv! 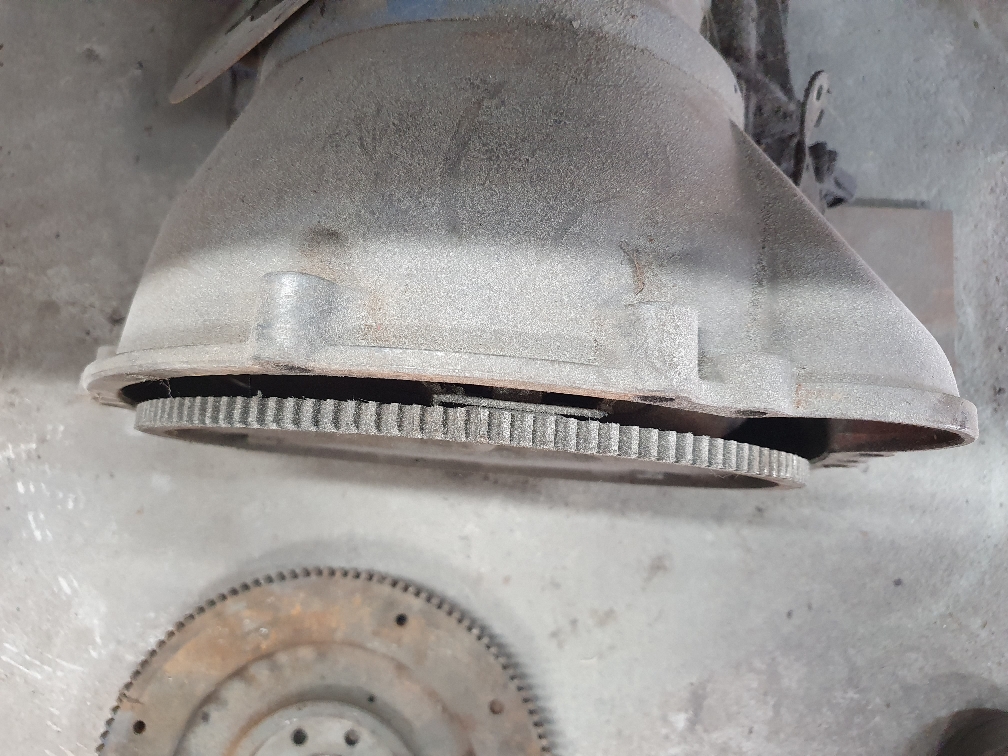 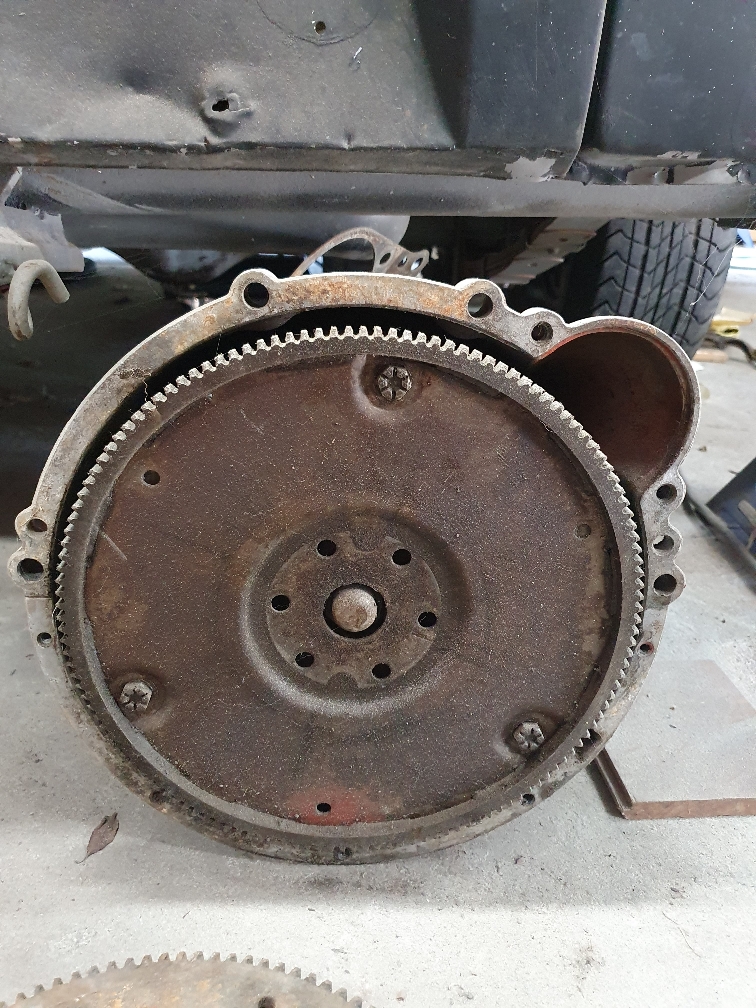 Sent from my SM-G975F using Tapatalk

Some research shows that the box will suit what I need, but will need a steel clutch hub and full manual valve body. The Traumatic flexplate and spigot bush that Roger sells will mate the two together.

Will flick you a PM about the box

(... is it wrong to buy a transmission and then build a full FED around it?

A few more steps along the journey.

It ended up being harder than I thought to find a builder, as few people still building chassis have built a FED. Have lucked out though and found a builder (Richard Botica), who has a long history of building a variety of race vehicles. Richard lives close by, making the process even easier. He is also a gentleman to deal with, and is putting up with all the dumb questions that I am going to need to ask along the way.

I've had a good initial session, discussing what I am looking for out of the build and what may need to be done to meet both IHRA and ANDRA specs. Richard is now thinking through what the vehicle may look like, and has made a first pass at a concept drawing:


This has gotten me excited... a quick run with the textas shows something like this:


Next steps are to outlay a deposit for the tubing, and to deliver a spare block and engine plate to him to allow the engine mount and midplate to be factored in. Now I just need to remember to grab an FE-onwards engine plate... it would be just my luck to grab an FX-FJ plate out of the spares department and have the engine mounts too long or short.

Looks like the diff will be Hilux, as they are light, cheap and have a heap of ratios taller than 4.11. Once I get a flange-to-flange, I'll line up Craft Differentials to narrow one for me.

The FED of course will need some form of name. Suggestions welcome

Return to “Other cars of interest”